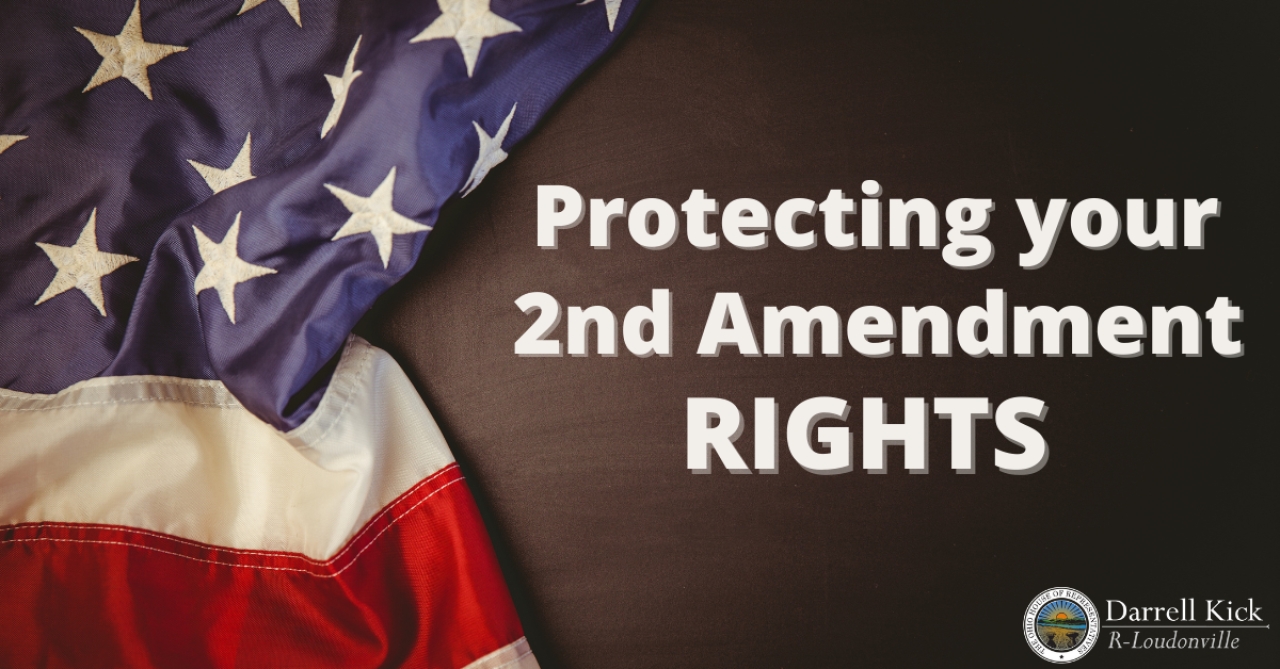 COLUMBUS – Wednesday the Ohio House of Representatives took a vote on legislation that ensures Ohioans 2nd Amendment rights are protected.

The legislation, Senate Bill 215, is the most significant 2nd Amendment bill approved by Ohio lawmakers in years.

“Our Constitution is the foundation of our great nation. This bill upholds the constitutional rights of Ohioans and gives law-abiding citizens the peace of mind they can protect themselves from dangerous criminals,” said Kick (R-Loudonville)

Similar to the legislation approved by the House in November, Senate Bill 215 deregulates the right to bear arms for law-abiding Ohioans.

Under the bill, you can now legally carry a handgun concealed for any lawful purposes with no additional licenses, fees or paperwork required as long as you are 21 years of age and legally qualify for a concealed carry license.

The measure does not completely eliminate concealed handgun licenses. Ohioans would still be able to apply for said license if they wish, but the license would no longer be mandatory. Some Ohioans, for example, may seek a concealed-carry permit for reciprocity purposes when traveling to other states.

The bill also received concurrence from the Senate and now heads to Governor Mike DeWine’s desk.