Ohio House Democratic lawmakers today wrote a letter* to the Wright State University Board of Trustees urging them to come back to the negotiating table and work with teachers to put an end to the almost three-week faculty strike.

“As lawmakers, we want to attract talented workers to our state and provide them with the opportunities they need to build a life for their families here. Access to health care, fair compensation, safe working conditions and ensuring hardworking people have a seat at the bargaining table not only strengthens our workforce, but our entire state’s economy,” the lawmakers wrote in the letter. 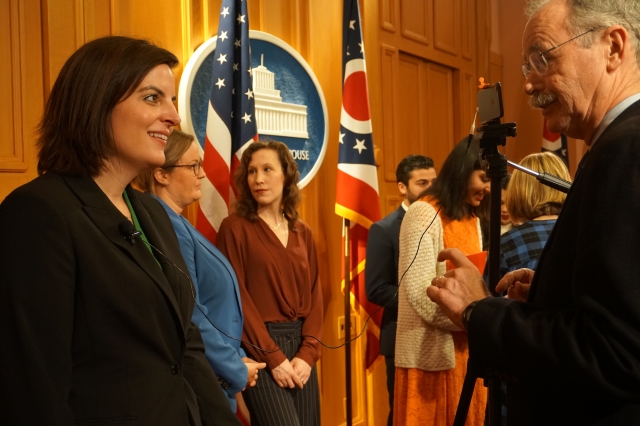 State Reps. Brigid Kelly (D-Cincinnati) and Niraj Antani (R-Miamisburg) today announced a bipartisan package of legislation to repeal state sales taxes on feminine hygiene products and baby diapers. The Ohio House voted last December to exempt tampons and pads from the state sales tax, but the Senate did not pick up the bill in time before the end of the legislative session. 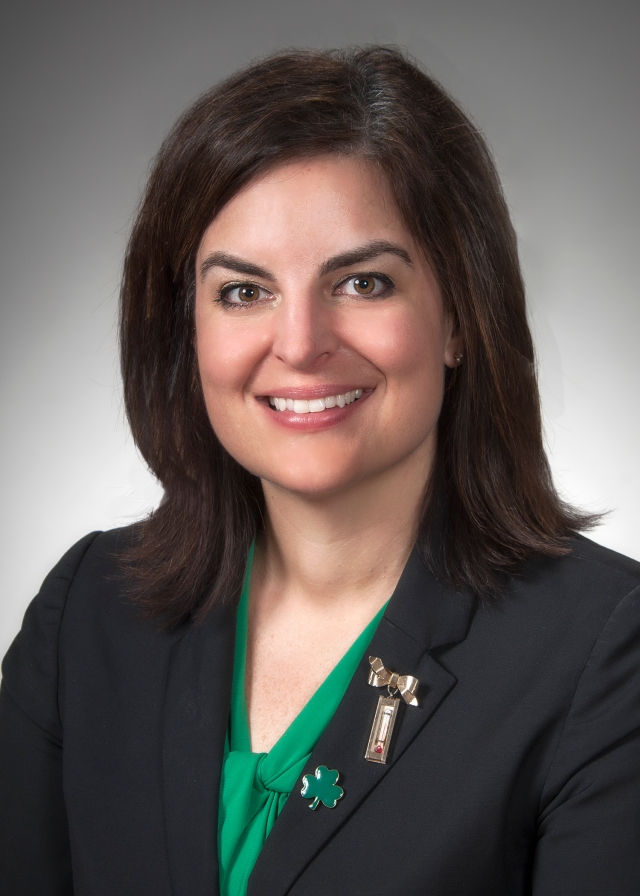 Ohio House Democratic Caucus Whip and state Rep. Brigid Kelly (D-Cincinnati) today issued the following statement announcing she will leave her leadership post with the caucus at the end of Jan:

“I’m proud of the progress the House Democratic Caucus has made during my time in leadership, welcoming an historic number of women and minority lawmakers and adding nearly a half-dozen new seats to our ranks—efforts nearly a decade in the making.

“I look forward to working with the new leadership team and my colleagues to continue to find commonsense ways to come together and give working people the tools they need for a better life.”

“Eliminating the tampon tax will put more money into the pockets of women, in-turn strengthening the families they support and nurture,” said Kelly. “I am thankful we were able to come together to even the playing field for women, girls and families on medically necessary products. No one should face extra economic challenges simply because of their gender.”

Kelly: House passes strictest abortion ban in the nation during first week back at work

The Republican-controlled Ohio House today passed House Bill (HB) 258, legislation that would prohibit an abortion once a fetal heartbeat is detected, which could be as early as six weeks of pregnancy— long before most women even know they are pregnant.

"Thousands of students, moms, families – and even our own Republican Governor – have asked us to put commonsense gun safety laws in place. But this isn’t commonsense, it’s nonsense that will cost us lives and increase gun violence," said House Assistant Minority Whip Brigid Kelly (D-Cincinnati). "We want safe streets and neighborhoods, but this bill makes us all less safe."

“Central service professionals play a critical, yet often overlooked, role in our healthcare system,” said Kelly. “Through their unwavering commitment to patient safety and health, these men and women ensure that surgeries and procedures are performed effectively and without delay. If you or someone you love has ever undergone an operation, a central service professional was instrumental in its success.”