“We are aware that folks have questions about what’s happening with the water in Norwood. The Ohio EPA has confirmed that the water is being tested daily to ensure it is safe to drink," said Rep. Kelly. "Our office is working closely with the Ohio EPA and local elected officials to remedy the situation as quickly as possible.”

The Ohio EPA announcement is attached.

“While some progress was made in the budget, the reality is that it fails to make up for a decade of Republican budget cuts and tax giveaways to millionaires and corporations,” said Kelly.

State Rep. Brigid Kelly (D-Cincinnati) today voted against House Bill (HB) 178 in the Ohio House Federalism Committee. HB 178 eliminates the requirement to obtain a concealed weapons license before carrying a firearm, expands the types of deadly weapons permitted for carry and eliminates the duty to notify law enforcement officers if a weapon is present.

Rep. Brigid Kelly (D-Cincinnati) today announced she will co-chair the Council of State Governments’ (CSG) National Healthy States Task Force Interventions to Save Lives Subcommittee alongside Rep. Steve Eliason of Utah. The subcommittee will explore innovative state preventive health programs that have a positive impact on state budgets and make a difference for patients. 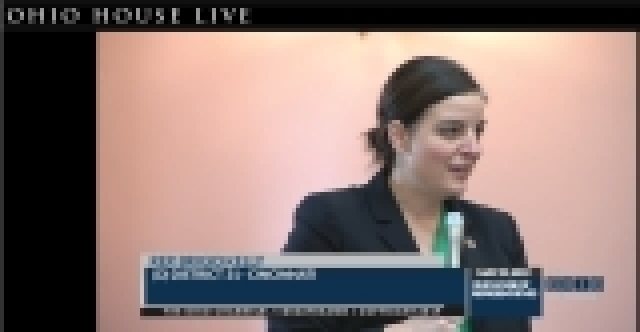 “Ohio is one of only nine states that do not require businesses to provide their employees with regular pay statements even though employers are still required to keep track of how much they pay their employees.

State Reps. Brigid Kelly (D-Cincinnati) and Jessica Miranda (D-Forest Park) this week introduced the Child Access Prevention law in the Ohio House, commonsense gun safety legislation to ensure firearms are stored safely and securely out of the reach of minors.

House Democratic lawmakers today voted in favor of the state budget, House Bill 166, which includes a number of key Democratic priorities, including a significant tax cut for working people and families.

House Democrats today voted against Senate Bill (SB) 23, a GOP-backed near-total abortion ban that would prohibit abortions in Ohio long before most women know they are pregnant. SB 23 would become the most extreme abortion ban in the country if signed into law.