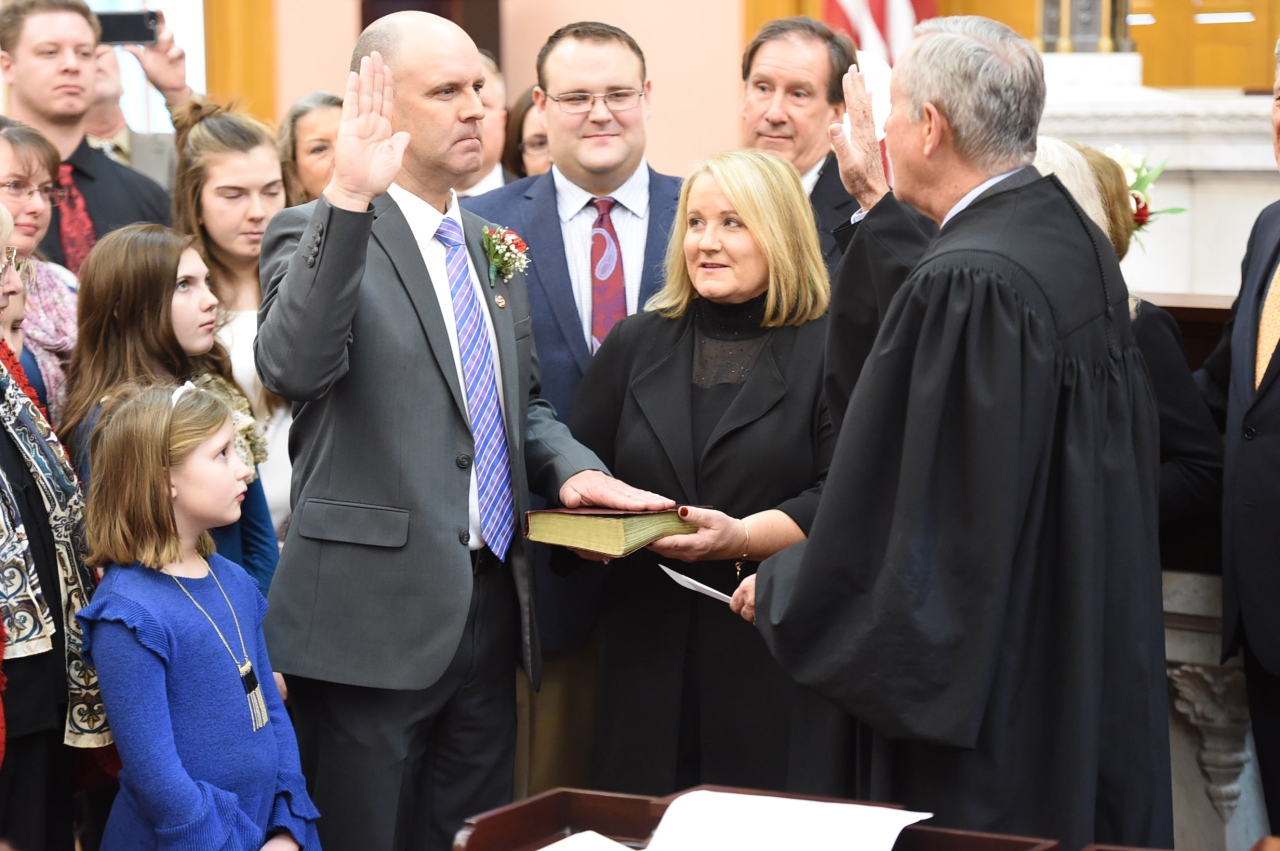 COLUMBUS—State Representative Brian Baldridge (R-Winchester) was sworn in to his first term as a member of the Ohio House of Representatives during yesterday’s session. He represents the 90 District, which includes all of Scioto and Adams counties, and a part of Lawrence County.

“It was truly an honor to be sworn in as the state representative for the 90th district,” said Baldridge. “I am looking forward to doing the work of the people along with my fellow colleagues that serve the great State of Ohio here at the state capital. Thank you to all for giving me this opportunity.”

Raised on a 7th generation family farm and still involved with the family agriculture seed business, Brian and his wife Lori have been married for 27 years and live in Winchester, Ohio. The Baldridges have two grown children, Casey and Alyson, and are members of Bethlehem Church of Christ.